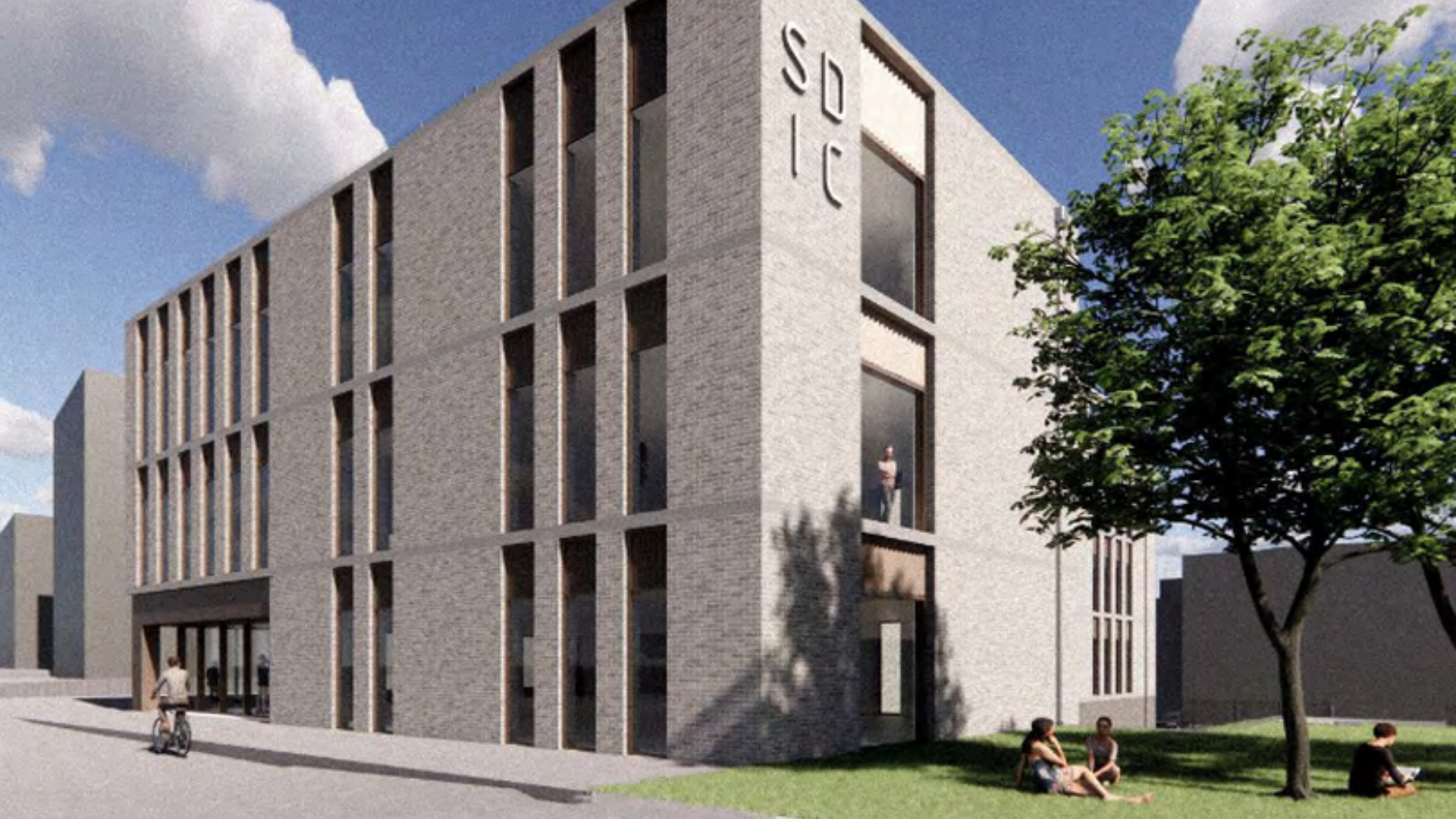 Plans for a new digital innovation centre in Taunton have been approved in an “important next step” for the regeneration of the Firepool site.

Plans for the centre were submitted in December after the Government agreed to provide nearly £6million of funding as part of its Getting Building Fund.

Somerset County Council has now formally approved the designs of the building, which could be constructed and occupied by 2023.

The new centre will be built between Trenchard Way and Canal Road, at the north-western tip of the Firepool site, allowing people to access it from both the town centre and the railway station.

It will provide more than 2,600 sq m of office space, meeting rooms and “flexible collaboration workspaces” for small and medium-sized businesses over three storeys, along with a reception area and a cafe.

Pedestrian access will run between the station and the Firepool site, linking up with the existing temporary boulevard towards Somerset County Cricket Club and the wider town centre.

Samantha Seddon, the council’s service manager for economic development, addressed the council’s regulation committee when it met virtually to discuss the plans on Thursday 4 February.

“This will provide flexible, high-quality innovation and collaboration space for new businesses and those moving into the digital economy.

“The scheme will create up to 40 high-value jobs in the digital economy by 2026.”

Of the £5.9million granted by the Government towards the facility in August 2020, £5.5million will go towards the cost of the innovation centre itself, while the remaining £400,000 will go towards improving pedestrian and cycling access between the railway station and the Firepool site.

Cllr Simon Coles, whose Taunton East division includes the site, said: “This is an important next step for the Firepool development. It has stalled in recent years and we need to get it back on track.”

Cllr Nigel Hewitt-Cooper said: “This is one of those important sites, and the whole proposal is absolutely essential for the future of Taunton.”

Cllr Mike Rigby, who sits on the executive at Somerset West and Taunton Council, said the project would help kick-start the rest of the Firepool development.

He said: “We’re very keen to get the rest of the Firepool project away.

"There’s been some good negotiations on design, and I think we’ve now got a building that we can be proud of.”

The committee voted unanimously to approve the plans after just over half an hour’s debate.